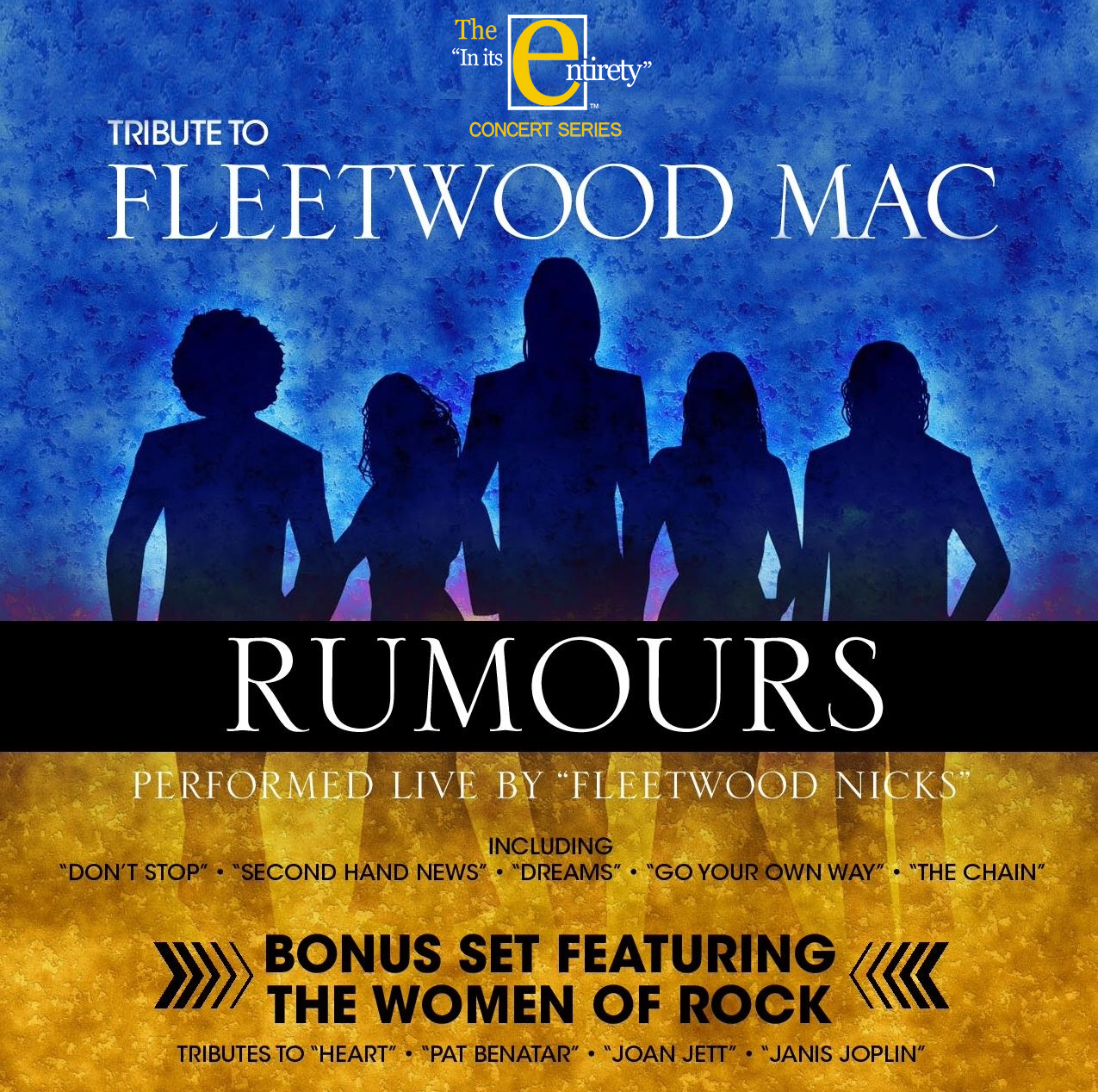 It was a breakout album for a young Rock and Roll band who called themselves Fleetwood Mac. Since it's release it's made an indelible mark in the history of music by being one of the best loved and best selling records ever! Now you get a rare chance to see the legendary Rumours album performed live In its Entirety!

The "In Its Entirety" Concert Series presents the entire album note for note, cover cover exactly the way you remember listening to it when the needle hit the record!

And as an added added bonus the band plays a pre-show set tribute to the The Women of Rock featuring the best of Janis Joplin, Blondie, Melissa Etheridge and Heart.

Stay tuned for upcoming dates as they become confirmed or to book this great show for your special event, fair, festival or theater fill out the Contact Form on this page now.