a tribute to the Led Zeppelin IV album 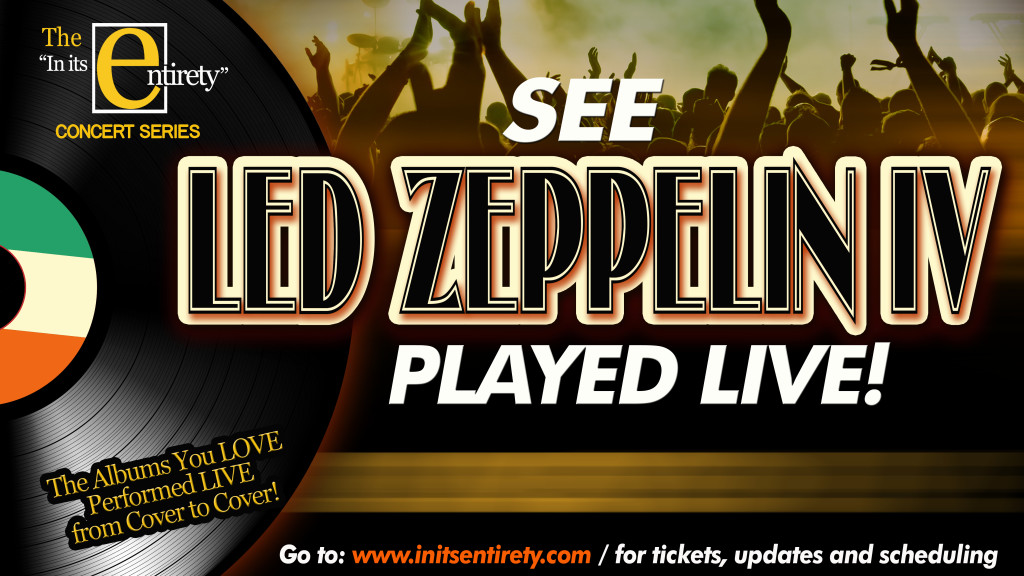 It was a game changing album in the annuls of Rock and Roll that has endured over the decades and now you get a rare chance to see the legendary Led Zeppelin IV album performed live In its Entirety.

The show is part of the "In It's Entirety" concert series that recreate the magic of albums we listened to and loved from a time when albums were a complete and cohesive piece of art.

Led Zeppelin IV was a landmark achievement that revolutionized the way we listen to music. No bubble gum AM hits but instead, an incredible array of blistering songs that all had their own identity and atmosphere culminating with the timeless iconic smash, Stairway to Heaven.

The "In Its Entirety" Concert Series presents a tribute to Led Zeppelin IV performed by Vegas Limit, group of world-class musicians who Tony Kanalof No Doubt once referred to as, "The best cover band I've seen".

Before doing the album the band also plays a pre-show set that includes some the best loved songs from the entire Led Zeppelin catalogue.

Experience this tribute to Led Zeppelin IV live in its entirety. See the full show schedule for upcoming dates or if you're a talent buyer and would like to book the show for your special event or venue please fill out The Contact form on this page.